It has been an incredible season for our first team. Under the leadership of player manager Matthew Ellis they have gained promotion to the First Division of the Manderwood Pembrokeshire League with a winning margin of 9 points, having scored 110 goals in 26 games. Furthermore, the squad reached the final of the Senior Cup for the first time in the club’s history, giving second placed First Division side Merlins Bridge a real scare in what was finally a 2-1 defeat. The side that played in the Senior Cup Final included 9 players who had come through the mini/junior ranks of the club. Congratulations to the squad for what they have achieved and for entertaining us all season.

Clarbeston Road Under 15's just miss out on the double! 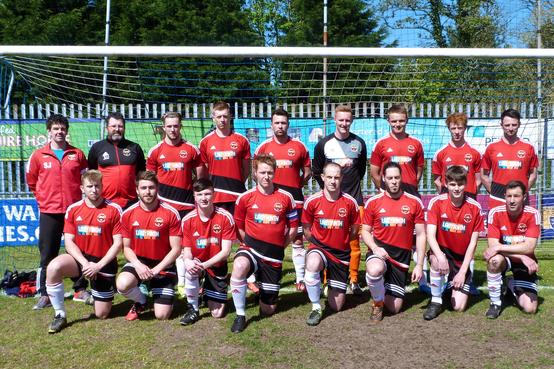 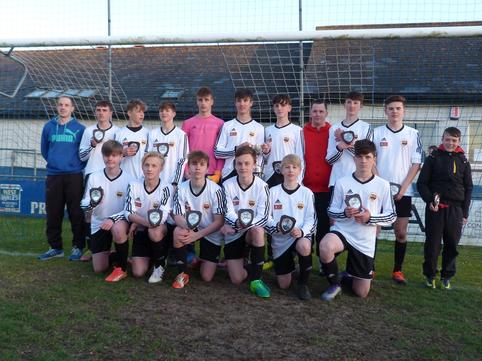 Please see the Archive news for past events

Clarbeston Road Under 15s have capped a fine season by winning the Under 15s Cup Final 4-2 against third placed Pennar Robins having been behind 1-2 at half time. It was almost a deserved double as the previous week they lost on penalties after extra time in a play off final against Tenby United. Both teams finished joint top in the league and could not be separated on the scores in the games between the 2 sides, hence the play off. Well done lads and good luck for next season!