On Sunday 24/7 Clarbeston Road AFC and Cleddau Warriors Disability football Team took part in the very first FAW Integrated Tournament at the ground of Penclawdd Utd Swansea. The format being a 11 aside match with full regulations lasting 50 mins in total. The permitted mix was 6 Clarby players and 5 Cleddau players playing at any one time. We brought along 7 Clarby players and 11 Cleddau.
The day was a very successful and rewarding one. Clarby/Cleddau`s first game was up against Tournament favourites Penclawdd Utd/ Swansea City Bravehearts. 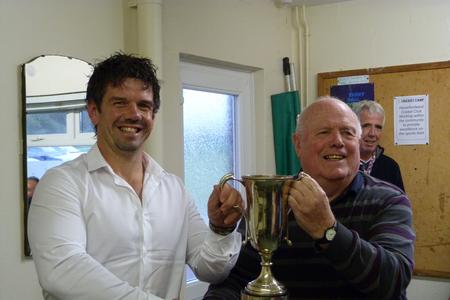 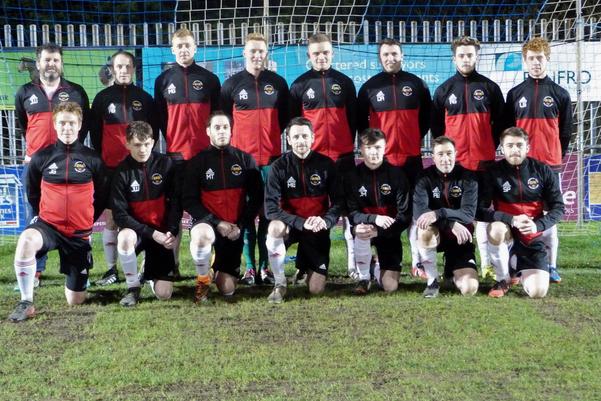 Despite taking a two goal lead Clarby/Cleddau succumbed to a more experienced team and eventually lost 4-2.
The final match of the day saw Clarby /Cleddau beat Aberystwyth Town/Stars 7-4.  An excellent victory
Goals in both games were scored by Clarby and Cleddau players which was very encouraging.
The final round of matches will be held on Sunday 7/8 at either Skewen or Bridgend.
A huge thank you to all who played and also to the Coaches and parents.
Special thanks to Bernie Armstrong from Goodwick who travelled up to officiate the afternoon`s matches.

​Simon James, player coach for Clarbeston Road AFC tonight received the Margaret Davies Cup for Sportsmanship from Danny Thomas, President of the Pembrokeshire Referees Association on behalf of the club's second team. The trophy was awarded based on the scores from the referees last season for the general conduct and respect shown by the team to match officials. Well done lads for setting the standards and playing the game the way it should be played.

Clarbeston Road AFC’s senior team has reached the final of the Pembrokeshire Senior Cup for the first time in the club’s history having defeated last years’ champions Goodwick United 2-1 on Wednesday 15th February at Bridge Meadow, the home of Haverfordwest County AFC. Goodwick took an early lead through Adam Raymond but Clarby pulled themselves back into the game through an equaliser just before half time from Jason Griffiths. The winning goal from Josh Wood, his first of the season since moving up from junior football to the senior squad, came 20 minutes into the second half, setting up a tense finish before the vociferous group of Clarby supporters in the stand were able to celebrate.   The final, to be played against Merlins Bridge will also be held at Bridge Meadow on Saturday 22nd April.

football team travelled to Bridgend to conclude this season`s

round of integrated football matches. Due to unavailability

Clarby had to make several changes to the team that played

in the first round of matches two weeks earlier.

However ,they didn`t disappoint.

In the final round of the "round robin" games Clarby/Cleddau

drew 3-3 against a strong Bridgend/Heronsbridge team.
The draw meant that they qualified for the Cup Final.
In the final , unfortunately they once again came up against

Bravehearts and went down  by 7-3.

their time to make this tournament a very successful one.
We look forward to next season`s tournament which will be 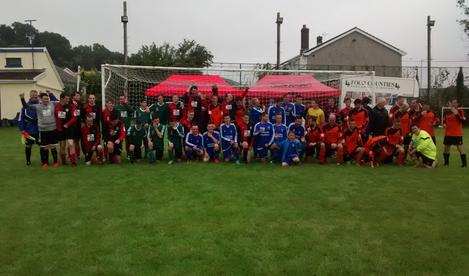 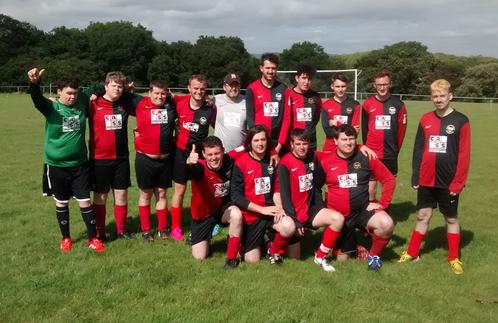